Magenta Care Continuum is on a mission to bridge care gaps by granting access to comprehensive medical records for providers and payers.

What Does Magenta Do?

Magenta is a secure HIPAA compliant medical records vault using reliable and scalable web and cloud services. This vault can facilitate access and sharing of medical records and consolidates records from both inpatient and outpatient encounters. We automate the current manual authentication process for medical records requests to ensure efficiency and accuracy throughout the care continuum.

Magenta is looking to transform the HIM (Health Information Management) and Risk Analysis process through our medical records vault that is focused on EMR request automation, blockchain-based permissioning and intelligence.

This allows providers and payers to guarantee:

Create a secure intelligent data network among the holders of medical records.

Natural Language Understanding of free text such as history and physicals and operating room notes.

EMR data will integrate with the Magenta product in such a way that multiple data sources are allowed.

Review medical records for duplicates or merge with existing records to keep information consistent, which will be recorded for audit trail. 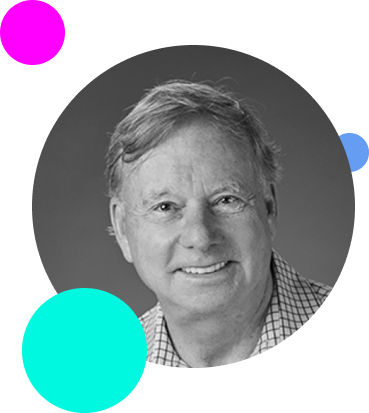 Rick has been at the forefront of many high-tech ventures, including New Era of Networks (NEON), Recondo Technology, and Empiric Health. NEON operated in 30 countries, traded on the NASDAQ stock exchange and employed 1,500 people in 2001, when it was sold to Sybase Inc. in an all-stock purchase valued at $373MM. Recondo designed billing and collections software in the healthcare space and later sold to Waystar, and Empiric was acquired by Olive, as mentioned previously. Rick initiated and completed a successful turnaround of Goldman’s IT operations, reducing costs by using technology as a medium for profit, and changing the way top Goldman executives worked with technology. Rick also served in the Air Force as a launch crew officer, ran the Real Time Computer Centers at the Kennedy Space Center and Vandenberg Air Force Base during the period of Apollo missions 8 through 14.

We have three, specific pillars which make up Olive Ventures:

Investment
Provide the necessary fuel for new companies to change the industry forever.

As an Olive Ventures portfolio company, Magenta leverages Olive’s unrivaled expertise in developing artificial intelligence-enabled products. The Magenta team’s vision and mission is to ensure that patient outcomes are optimized by providing the right care when and how they need it most.

Thank you! Your submission has been received!
Oops! Something went wrong while submitting the form.